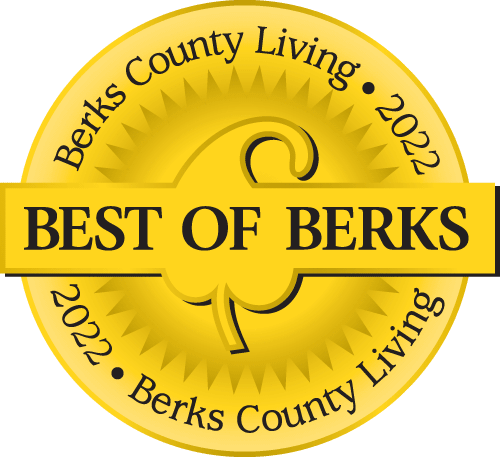 Voted Best of Berks—
eight years in a row!

Learn more about our specialties.

Reasons for removal of an eye

Blind, painful eye – In some cases, blind eyes can become painful because of increased pressure or inflammation. Pain can sometimes be controlled with eye drops. If the eye is still uncomfortable, you may consider having alcohol injected behind the eye. This can be performed in the office and, in many cases, controls pain for months. The injection can be repeated. Swelling, drooping of the eyelid and poor motion of the eye may be temporary or permanent side effects.

If a blind eye is painful you may also elect to have the eye removed. In most cases removal of the eye leads to dramatic pain relief.

Cosmetically unacceptable blind eye – A blind eye may become shrunken or have an unsightly appearance. A scleral shell resembles a large contact lens and is made of hard acrylic painted to resemble an eye. A scleral shell is worn in front of your natural eye. This prosthesis is custom made by an ocularist, a medical practitioner who specializes in making “artificial” or prosthetic eyes.

In many cases, the natural blind eye is too sensitive to tolerate a scleral shell, and you may elect to have the unsightly eye removed. After surgery, you can be fit with an artificial eye, improving your appearance.

Infection – Occasionally an eye can become so severely infected that there is no hope of recovery. The eye is then removed in order to prevent the spread of the infection to the tissue around the eye and to the rest of the body. In most cases of infection, an evisceration is performed. An evisceration removes the internal contents of the eye and leaves the sclera to prevent spread of the infection to the tissues around the eye. If the sclera, the outer covering of the eye, is also infected then an enucleation, with complete removal of the eye, is necessary.

Tumor – Some eyes with a cancerous growth are removed to prevent spread of the cancer. In these cases, an enucleation with complete removal of the eyeball is necessary.

What happens when your eyeball is removed?

At the time of enucleation or evisceration an implant is placed within the orbit or within the remaining scleral shell to replace the missing socket volume and to allow the remaining ocular muscles to function. The implant is buried in the socket tissue.

When the socket has healed it will appear like a pink pocket behind the eyelids. The buried implant will move in the pocket with movement of the other eye.

After deciding on the procedure to remove the eye, you and your surgeon should discuss the type of orbital implant that will be placed into the socket during surgery.

In general, there are two types of implants in common use. One type of implant is a solid ball, sometimes called a Jardon. In many people a solid implant is the best choice. A solid implant produces an acceptable socket appearance and has a very low rate of complications. However, with time, this implant may slip in the orbit causing a sunken appearance to the socket.

The second type of implant is an “integrated” implant made of porous material. The tissue from your orbit will grow into small the small holes, in effect making the implant part of your body. This ingrowth of tissue prevents slippage within the socket.

In many cases you will admitted to the hospital overnight after the procedure for pain control. Usually the acute pain resolves after a day or two. However, many people describe a dull headache after surgery, which lasts about two weeks.

For two weeks after surgery please do not expose the socket to dirt, go swimming, or lift objects over twenty pounds.

In some cases, people wearing an artificial eye will require additional surgery. After wearing a prosthesis for a number of years, the soft tissue of the eyelids and sockets can change.

After supporting the ocular prosthesis for a number of years, the lower lid may loosen. This results in exposure of the prosthesis below the iris. This is often associated with shrinkage of the lower socket or “pocket”. This may result in the artificial eye falling out.

The lower lid is tightened with an incision at the outside corner of the eyelids. A shrunken pocket can be expanded with a graft from the inside of the lower lip or with donated material.

After surgery most patients have a somewhat sunken appearance of the upper lid. You may require a larger orbital implant or a fat graft can be taken from your hip and placed into the upper lid to fill out the eyelid.

Also, the upper lid can droop, called ptosis. Modifying the ocular prosthesis can raise the eyelid. If modifying the implant is not effective, the muscle which raises the eyelid can be tightened.

The tissue in the socket can break down, causing exposure of the orbital implant. In patients with an older style implant, covered with metallic mesh, the implant itself must be removed and replaced. If an “integrated” implant becomes exposed, the implant can usually be left in the socket. During surgical repair, the exposed area is smoothed and covered with a graft.

Not every condition is listed. Consult Dr. Goldberg if you have any questions about a condition not described here.